So i think i’m like too lazy to do anything in my life rn, i just say “i’ll do it tomorrow” and then like never end up doing it :/. I THINK THE ONLY THING WE’RE GOOD AT NOWADAYS IS WASTING TIME. Time is so valuable and we don’t appreciate that, it’s like the only thing we need rn and it’s the one thing we aren’t taking good care of. If you just sit and analyze the things you do on a daily basis, you’ll realize that you probably waste all the free time you have, then sit and complain about never having enough time to get anything done. We make ourselves believe that it’s okay, and that we’ll always be able to do it another day, but the reality of the situation is that we just deceive ourselves. How exactly are we deceiving ourselves you may ask? Well it starts off by postponing something we’re supposed to be doing, then during that time, we do something else like just watch series or play video games, heck even sleep, but as we get used to the habit of postponing, we lose the value of responsibility. I’m not really sure what i mean by that, but basically what i’m trying to say is that once we convince ourselves that something is okay (when it really isn’t) we tend to continuously do it. CONTROL. That’s all we really need to learn how to do, control ourselves.

Probably the number one source of time wasting, I bet most of us can sit on our butts and stare at our phones for hours. I myself, am guilty of this, but i am trying to stop tho. There’s no point in judging someone else and going “omg man you spend too much time on your phone, anti-social much” while you probably do the same thing at home, everyone is addicted to something, and addictions aren’t easy to stop. Just start off by trying to control yourself, and worry about yourself then take others into concern.

Well, SERIES ARE LIKE THE BEST THING EVER. It’s super entertaining and can keep you occupied for days, weeks and even months. I bet we’ve all showed off about how many seasons we finished in like a week or how many episodes a day and all that stuff, i know i have. Again, we just need to control ourselves when it comes to these things, we shouldn’t sit at home and just watch 10 episodes in a row, as fun as it may seem, it isn’t worth wasting all that time. A few episodes, then take a break and go do something useful with your life. 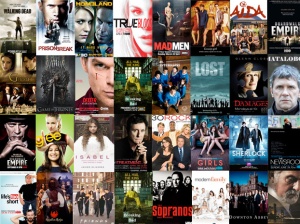 Everything that i’ve been mentioning is just things that i do and problems i’m facing, i’m not directing it to anyone and mean no offence in any way.

Hey there! My name is Abdulla, I'm an undergraduate chemical engineering student at UCT. I aspire to inspire. To help each of us better ourselves, so that little by little, we can each make a difference. I absolutely love reading and speaking about self-development & mindfulness. A bit of an extroverted introvert and still trying to find myself in every situation I encounter. Subscribe using your email to receive my posts on a regular basis, and feel free to comment any thoughts, criticisms or requests! Thanks a lot.